All you need to know about Hostel Mamallena Panama

Where is the hostel located?

We are centrally located between El Cangrejo and Casco Viejo, about 10-15 min walk from most places or a $2 taxi ride.

How close is the hostel to…?

What are your rates?

How many private rooms/beds do you have?

Do you charge per person for private rooms?

Our private rooms are $33 for 1 or 2 people only, if you want to squeeze in others we charge a dorm bed rate of $13 per person.

Is there a curfew or lockout?

Do you provide bedsheets?

Yes, they´re included in the rate, towels however we rent for $2 each to those staying in the dorms.

Is there an age limit?

Old and young,we accept you all! But if you are not honest… find another hostel.

Do you serve breakfast?

We dont serve breakfast ourselves(I’m not getting up thst early!!), but our pancake mix is available to you, once per day, free 24/7.

What time can I check-in?

You can move into your bed or room whenever it’s been cleaned and is available. Check out is at 11am but it’s not a hard and fast rule. If you go past 11am we’re not going to charge you for another night. Do be reasonable though!

Is there a guest kitchen at Mamallena?

Yes, our kitchen is fully stocked (in fact amazingly stocked) and open 24/7, obviously though if you are using it late then a little respect for quiet time is in order.

Do I need a visa to visit Panama?

Citizens of most countries including the USA, the countries of Western Europe, Australia, NZ, Israel, Colombia do not need a visa. For other countries you should check with the nearest Panamanian embassy. Recently the amount of time you can stay in Panama changed. It’s now 6 months if you don’t need a visa. Entry requirements (such as showing an onward ticket and $500 cash) do apply are more often enforced at land borders.

Can I drink the tap water?

Panama is the only country in Latin America where you can drink the tap water. The “Montezumas Revenge” that is so common in the rest of Latin America is almost unheard of in Panama. Sanitary conditions are excellent. There are no other health concerns and no shots or special pills are necessary unless you are going to hike in the Darien jungles or other remote areas.

Why choose Panama over other Latin American and Caribbean destinations?

Panama is not typical at all. Don’t expect to see mainly the typical mestizo (descendants of a combination of Spanish and Indian) population like in the rest of Latin America. There is a saying that Panama was “born globalized.” The population of 2.8 million people has diverse origins: Spanish descendants, blacks (brought in from the Caribbean to build the Canal), indigenous cultures, important immigrant populations from North America, Europe, China, India and the Middle East.

There are seven living native cultures each with their own language: Kunas in the San Blas Islands on the Caribbean, Embera and Wounaanin the province of Darien, Ngobe Bugle in the provinces of Chiriqui, Bocas del Toro & Veraguas; and Teribes & Bokotas in Bocas del Toro province.

What is the currency?

The US dollar is the currency. Yes – that’s right-no currency exchange hassles! Indeed, the US dollar is one of Panama’s great tourist conveniences. This is one country where you don’t have to be a mathematical genius to figure out what that meal just cost. 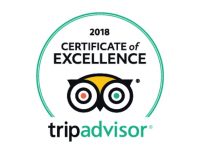 A great option for backpackers visiting Colombia and the amazing city of Cartagena de Indias..

Located right on the beach. You can take a few steps from the hostel and be in the sea.

HOME AWAY FROM HOME!

Conveniently located en-route to other popular destinations such as Bocas Del Toro.